On Tuesday August 30, 2022  at the Upland Borough Council meeting, Officer Erik Schwab was promoted to full time status.  Officer Schwab, from Croydon, PA, has been with the department since October of 2021 and is a Marine Corps veteran having received his Act 120 certification at the Montgomery County Police Academy. The oath of office was administered by Mayor William Dennon in front of family and friends.

During the meeting, Mayor Dennon also administered the oath of office to two new part time officers and Chief Irey was on hand to introduce the officers to members of Upland Borough Council and the public on hand for the meeting.

Officer Wesley Hiller was born and raised in Manheim, PA and attended Thaddeus Stevens College as well as the Harrisburg Area Community College Police Academy where he received his Act 120 certification.  Officer Hiller previously worked for The Manheim Township Police Department.  Officer Hiller has been assigned to Platoon B Supervisor Corporal Vanhorn for his field training.

The men and women of The Upland Borough Police Department congratulate all of the officers and look forward to their commitment to serving those who live, work and play in Upland Borough. 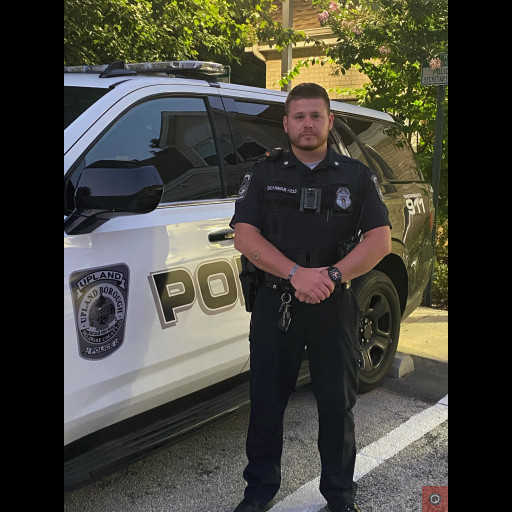